Sri Lankan Leader faces May Day calls to Step Down 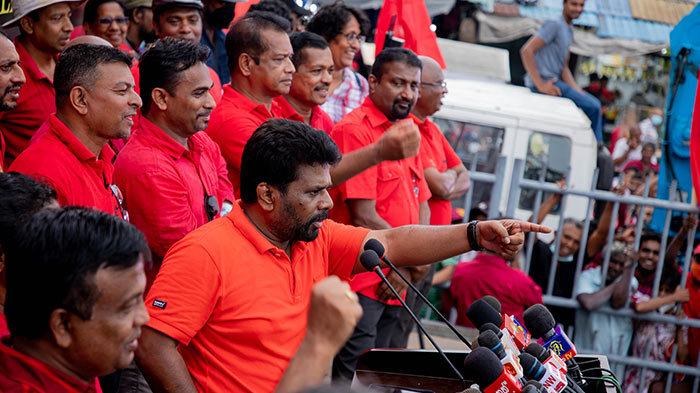 Main opposition party the Samagi Jana Balawegaya (SJB) staged a mass rally at Independence Square in the capital Colombo, where speaker after speaker called for the ouster of Rajapaksa and his powerful ruling family. 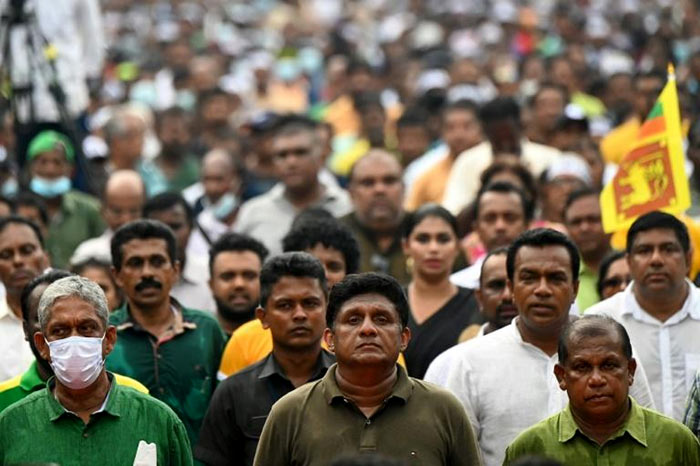 “For over a month, the president has been barricaded in his official residence,” former legislator Hirunika Premachandra said. “It is time for us to pull him by his ear and kick him out.”

Months of lengthy blackouts, skyrocketing inflation and acute shortages of food, fuel and pharmaceuticals have sparked numerous anti-Rajapaksa protests across the country.

Premachandra, who kicked off the wave of demonstrations by staging a sit-in outside the president’s private home in mid-March, urged all parties to unite and topple the government.

The JVP, the country’s main leftist party, held its own rally outside a Colombo railway station, insisting the government should step down and allow an early election. 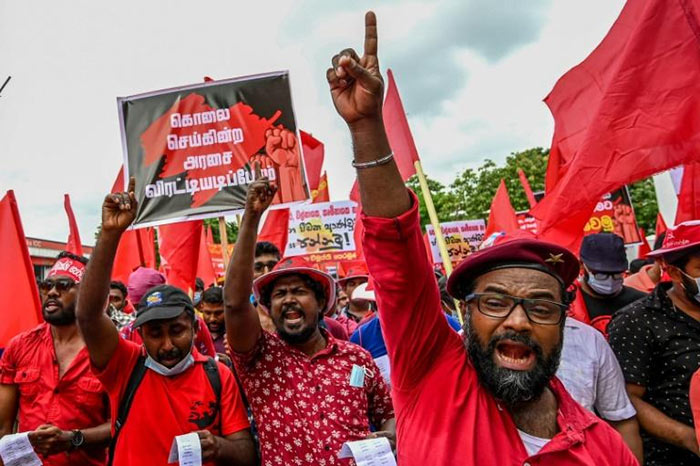 But while Gota’s ruling SLPP coalition skipped its customary May Day rally, the president issued a statement asking all political parties to “overcome the challenges we face.”

“Instead of following up on who is responsible for the current problematic situation, what we need to do now is to focus on what action can be taken to provide immediate relief,” Rajapaksa said.

Elsewhere in the capital, thousands of activists laid siege to Rajapaksa’s sea-front office for the 23rd straight day, calling for his resignation.

The president reportedly told dissidents within his coalition government on Friday he was willing to consider forming a unity government, but that neither he nor his brother Mahinda, the country’s prime minister, would step down.

May Day message of the JVP 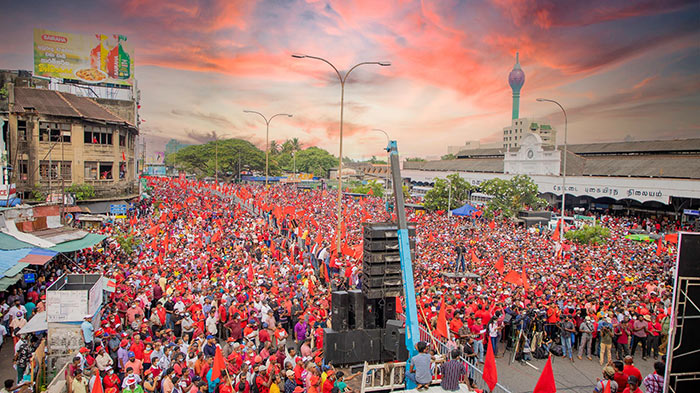 This year, 2022, International Workers’ Day is being celebrated by working people and the oppressed around the world at a time when the capitalist system is in crisis on a global scale and is demanding a profound social transformation of society.

May Day commemorates the Chicago Workers’ Struggle, which fought for an eight-hour workday in 1886, and those who lost their lives in that struggle. Working people worldwide celebrate May Day by fighting reaction and showing their militancy and readiness to take their future into their own hands. The real meaning of International Workers’ Day is to prepare the masses, including the working people, for democratic rule, against all forms of exploitation and oppression.

The working masses in Sri Lanka, especially the oppressed, celebrate International Workers’ Day this year as they experience the most severe economic and political crisis ever in the Sri Lankan capitalist system.

The current regime in Sri Lanka and the socio-economic system that has been carried out for 74 years have now ultimately failed, and the country is economically bankrupt. The present regime has been unable to provide even the most basic needs of the people, such as food, medicine, fuel and electricity. The general public, including the working masses, is suffering immensely due to the uncontrolled rising prices of goods. Agriculture has been destroyed and the farmer has been brought to a state of committing suicide. The youth have a country without a future. The country is in a foreign exchange crisis, unable to pay for an oil tanker, a gas tanker or food. Wrong economic policies, government waste, fraud and theft are the main reasons for this.

In this situation, the masses of this country have now taken to the streets and have started to struggle. That is, forcing the current regime, including the president, to resign immediately. Also, the masses are unanimous in saying that the 74-year curse must end. Moreover, all people, including working people, are calling for the punishment of all thieves who stole public money, for the recovery of stolen public wealth, and for establishing a new democratic government capable of doing so.

The masses, including the working people, have already pointed out that the working masses are not ready to accept the present regime’s attempt to stay in power through various tricks and deceptions. They are prepared to struggle until the current regime is overthrown. The best example of this is the highly successful one-day general strike and protest that took place on April 28.
As such, on this May Day, it must be the determination of the masses in our country, especially the working masses, to immediately defeat the greedy regime that is dragging the country further down the abyss and struggle courageously to form a people’s government that will build the nation.

We emphasize that the country cannot be saved from the current catastrophe without defeating the corrupt regime of the reactionaries that destroyed the country and without building the rule of the masses, especially that of the working masses. On this May Day, we call on all people, including the working masses, to join in forming a new people’s government that punishes thieves, reclaims plundered wealth, and has brotherhood and solidarity.