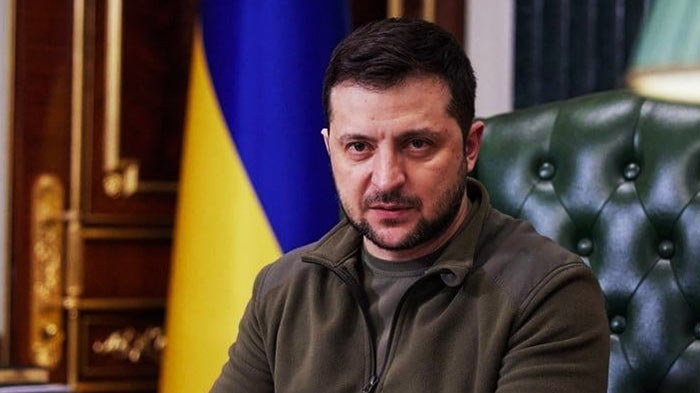 Seven Sri Lankan citizens who had been held by Russian forces since March were rescued in the liberated territories of the Kharkiv region, Ukrainian President Volodymyr Zelenskyy said Friday.

“In the Kharkiv region, investigative actions are continuing in the areas that were liberated from Russian occupation. All crimes of Ruscists are being recorded, and evidence of their guilt is being collected. Torture chambers where civilians of occupied cities and towns were bullied and premises where people, even foreigners, were kept have been found.”

“In particular, seven citizens of the Republic of Sri Lanka, students of Kupyansk Medical College [were rescued]. Back in March, they had been captured by Russian soldiers and subsequently kept in a basement.”

“Only now, after the liberation of the Kharkiv region, were these people rescued. They are being provided with proper medical care,” he was quoted as saying by Ukrayinska Pravda.

On 15 September, Ukraine’s Deputy Interior Minister, Yevhen Yenin, reported that citizens of an Asian country, being peaceful foreign students, tried to leave for territory controlled by the Ukrainian government but were stopped by Russian military personnel, illegally detained, and tortured.

Ukraine’s national police chief, Ihor Klymenko, said “torture chambers” have been found in the Kharkiv region’s recaptured towns and villages. The claim could not be independently verified.

Seven Sri Lankan students who fell into Russian hands in Kupiansk, also in the Kharkiv region, have also said that they were held and mistreated, he said.

“They are scared, they were abused,” Klymenko said. They include “a woman who can barely speak” and two people with torn toe nails.

Zelenskyy said investigators searching through a mass burial site in Ukraine have found evidence that some of the dead were tortured, including bodies with broken limbs and ropes around their necks.

The site near the northeastern city of Izium, recently recaptured from Russian forces, appears to be one of the largest discovered in Ukraine.

Zelenskyy spoke in a video he rushed out just hours after the exhumations began, apparently to underscore the gravity of the discovery. He said more than 440 graves have been found at the site but that the number of victims was not yet known.