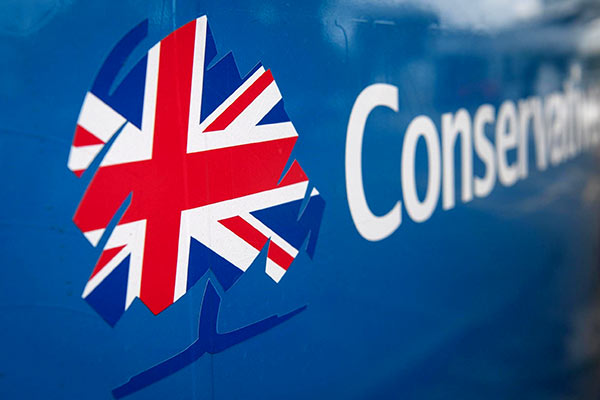 A group of Sri Lankans living in the United Kingdom has carried out a protest against the reference made to Sri Lanka in the Conservative Party’s manifesto, which was launched in the run-up to the General Elections.

The protest was held in front of the Labour Party Head Office in London yesterday (04).

The protesting Sri Lankans claimed that the Conservative Party leaders are LTTE supporters.

On page 53 of the Conservative Party’s manifesto, it said: “We will continue to support international initiatives to achieve reconciliation, stability and justice across the world, and in current or former conflict zones such as Cyprus, Sri Lanka and the Middle East, where we maintain our support for a two-state solution.”

Sri Lankan High Commissioner in the UK, Manisha Gunasekara, addressing a letter to the Co-Chairman of the Conservative Party on November 27th, emphasized that this distorted reference is unacceptable and that “it only allows for abuse by anti-Sri Lanka elements with vested interests who have for many decades supported LTTE terrorism in Sri Lanka and continue to undermine efforts at reconciliation.”

However, the Tories clarified that the two-state line in the section was intended to refer only to the Israel-Palestine situation in the Middle East, not for Sri Lanka and Cyprus.