Sri Lanka’s Parliament must ban BEEF in its canteen 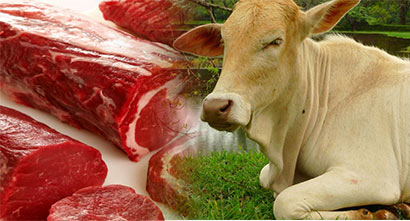 Amid the political fanfare the Sri Lankan Parliament canteen also made headlines recently. It was nothing to do with the 5-star hotel breakfast for Rs.80 or similar lunch for Rs.150 and nothing to do with honey, cornflakes, golden syrup and other delicacies accommodated on requests by Parliamentarians slavishly and tirelessly working on behalf of this developing nation’s citizens. The topic was Pork. While it was announced with glee and likened to a major victory that the previously banned pork had been removed, within weeks that ruling has been changed and pork remains banned in the Parliament canteen. We commend the Muslim MPs for standing their ground and not compromising on their religious belief. We look forward to the day when Buddhist MPs would take similar stands.

Our contention now is with the remaining Parliamentarians most of whom are MPs on the Buddhist and Hindu vote. A country that had prohibited cattle slaughter for over 2000 years and eating of meat started only after the arrival of the Portuguese in 1505 and cattle slaughter itself was allowed only in 1815 should be ashamed when MPs representing the majority populace and the Hindus who also treat the cow as a sacred animal are allowing beef on the canteen menu.

No one is asking our MPs not to eat beef in their private homes. What they eat or do not eat in the privacy of their homes is of no concern but when seated in Parliament they are representing the will of the People. Therefore, it is symbolic that as a predominantly Buddhist nation complimented by the fact that the 2nd largest population are also against cattle slaughter that the Parliament canteen should show the same respect given to the Muslims in banning pork to apply to the serving of beef in the Parliament canteen as well.

If Muslims are offended by Pork, Buddhists and Hindus are also offended by Beef. Therefore, a common respect should prevail and reciprocity too.

The month of Vesak is a perfect month to ban beef in the Sri Lankan Parliament.

Home » Sri Lanka’s Parliament must ban BEEF in its canteen