Susil: Those not qualified to be even sanitary workers hold key positions in Government 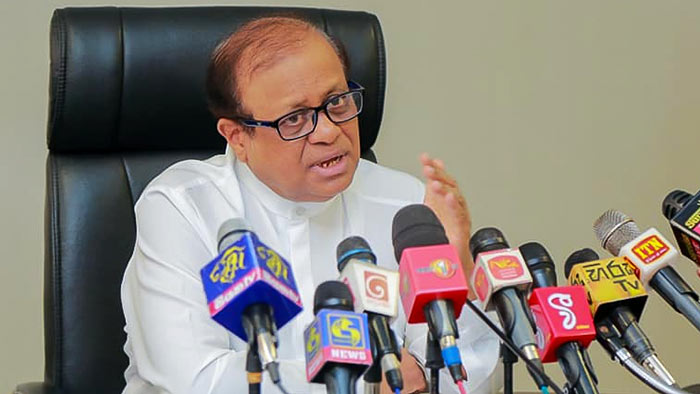 Susil Premajayantha, who was stripped of his mintierial portfolio yesterday, said that he would return to his legal profession.

Premajayantha, speaking to journalists said: “Last week, when I visited the Delkanda fair, I was asked by journalists there to comment on prices of essential goods. I responded that agriculture had failed and the government’s policy decisions were a disaster. I said that price of a kilo of chillies sold at Rs 1,200. I was speaking on behalf of the people. Losing this portfolio is not a big issue. It was in 2000 that I first became a minister. I held many ministerial posts under many presidents since then,” Premajayantha said.

He said some persons with no eductional qualifications were in the decision-making positions of the government. Some of them were not qualified to become even sanitary workers. They don’t know the value of education,” Premajayantha said.

Chief Government Whip and Highways Minister Johnston Fernando said Premajayantha had made public statements detrimental to the interests of the government. “He being a senior politician should have known better. He as a state minister representing the government has responsibilities and should have acted within limits. He has a responsibility to protect the government and its policies. If there were shortcomings in those policies there are many forums where they should have been raised. There are many occasions when the President meets the ministers. Premajayantha should have raised the problems or opinions he had about the government policies then. Not even a minister, anyone who had played in a team, knows the need for standing as a single team of players. As a senior politician, Premajayantha is expected to set an example to the new MPs. We are bound by our duties and responsibilities and should uphold them.

2 Responses to Susil: Those not qualified to be even sanitary workers hold key positions in Government

Home » Susil: Those not qualified to be even sanitary workers hold key positions in Government