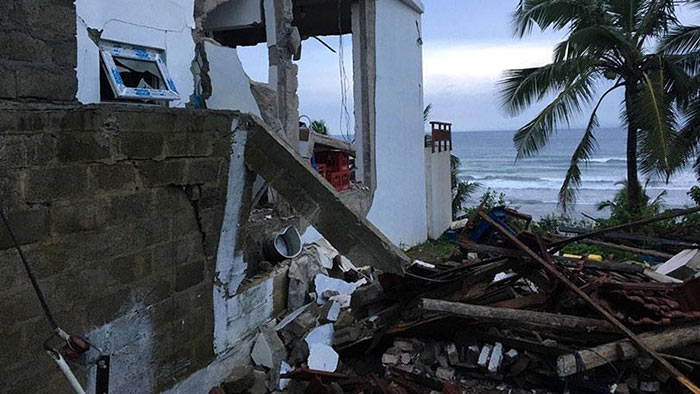 Three persons were injured due to the explosion of a gas tank at a hotel at Kapparatota in Weligama this morning (04).

Police said two males and a female were injured and have been admitted to the Matara General Hospital, they are reportedly not in critical condition.

Police Spokesman SSP Nihal Thalduwa said that the explosion reportedly had taken place inside the kitchen at the hotel.