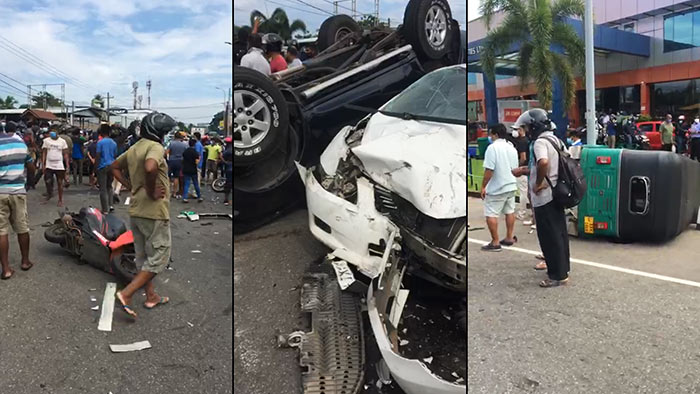 One person died and four others were badly injured in a tragic accident today morning (04) in Mahabage when a jeep travelling from Colombo to Negombo driven by a 16-year old boy lost control and crashed into a car traveling in the opposite direction.

The jeep also crashed onto a three-wheeler, a car, and two motorcycles.

A 51-year-old male on a motorbike died while the four others who sustained injuries were admitted to the Ragama Teaching Hospital.

Another person is reportedly in serious condition.

Driver was arrested along with his father, who allowed him to drive the vehicle.

1 Response to One dead, four injured when 16-year-old driven jeep crashed at Mahabage