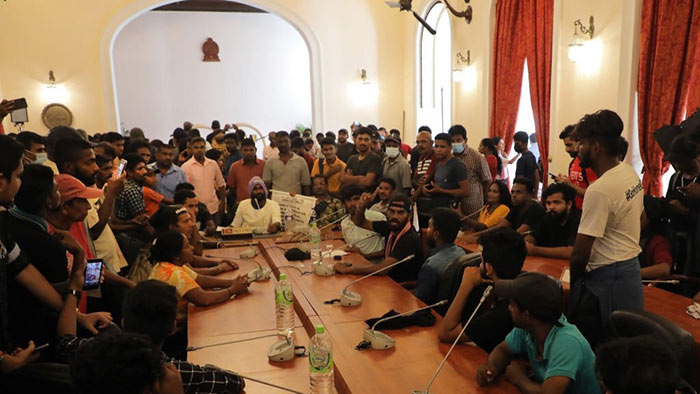 Three people were arrested for trying to sell some items as antiques which were stolen from the President’s House in Colombo, Sri Lanka.

The Police Headquarters stated that when the protesters entered the President’s House on the 9th of July, the suspects stole 40 gold-plated brass sockets that were mounted on the walls to hang the window curtains.

The Police stated that the suspects are drug addicts aged 28, 34 and 37, residents of Obesekarapura area in ​​Rajagiriya.

The arrested suspects were handed over to the Colombo (North) Criminal Investigation Division for further investigations.