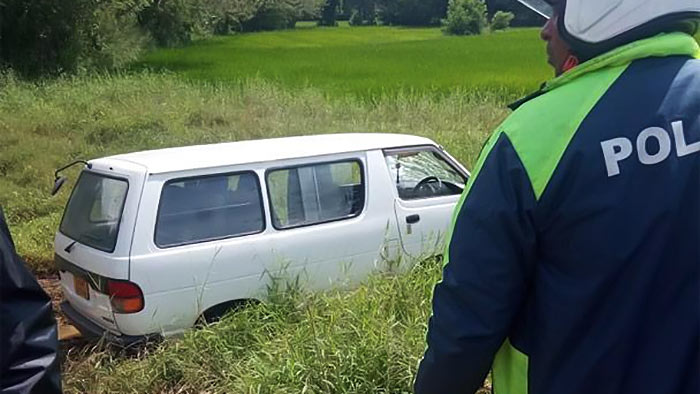 Three women were killed when a van crashed into a bus halt at Bedigamuwa Junction in Narammala this morning (December 21).

Police said the van plying from Kurunegala towards Narammala hit a culvert due to a front tyre burst and fell into a nearby paddy field after crashing into the bus halt.

The three women aged 51, 54 and 61, residents of Narammala, who were waiting at the bus stop to get Samurdhi allowances died in the accident.

Two women died instantaneously, while  another died after being admitted to the Kurunegala Hospital.

Police said the driver of the van was arrested following the accident.