To what extent does money and perks play in the decisions of politicians? 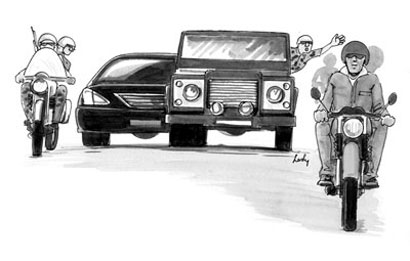 A country is governed by a government. That government is chosen by the people. People chose the representatives based on various factors and that generally rotates from personal advantage to considering the national needs and in particular the national security dimension. Unlike other developing nations, Sri Lanka’s literacy being over 90% the people are well read about the mechanization at play and are well informed about the faultiness of global politics. Nevertheless, the wicked factor that taps into and turns even noble politicians into victims are their own weaknesses of character and falling prey to handouts offered in dollars and pounds. The question that needs to be answered is how far does money play in the political decisions that politicians take.

With the current political impasse it is necessary to ponder to whether decisions taken by parties and politicians have the element of money playing not only a key role but the sole role that is today attempting to create dissent and division without regime change per se.

From past encounters and revelations we know that politicians can be bought over for a minimum of 5m, a car permit and a house. If foreign players are involved the price tag is likely to be a green card, scholarships for children, family relocation to foreign climes, a house etc. Having taken these perks these same people come on stage and speak of ‘integrity’ and against ‘corruption’ and ignorant voters end up voting for them too!

It is unfortunate that national policies, national needs and national objectives have been replaced with politicians entering politics only to enjoy perks of office and then when their desires are in excess of what they can enjoy under the current conditions they become gullible to other sharks willing to offer more and that entices them onto a platform that ends up parroting accusations against those under whom they enjoyed perks of office.

Let it not be said enough that politicians have few morals or ethics today and are unfit to appear before us and talk of integrity having fallen prey to a system that they cannot change and in so trying to change they are likely to be thrown out. Thus, politics has become a malady for the global community for global politicians have made the world worse than the world would have been without their decision making. Some of their actions have caused entire nations to fall to pieces with generations likely to suffer as a result of the damage they have caused to the environment.

Returning to the Sri Lankan scenario it is good for the people to ponder as to what makes politicians tick and become hyperactive proponents of demands close to elections which never became issues before. If money is playing a role in that change of character it is for the voters to decide to discard them and not fall prey to antics that are out to divide voters, divide votes and lead the country to disintegration wherein lack of a majority leader will lead to anarchy and is just what the protagonists looking to destabilize Sri Lanka are manipulating throwing goodbags that weak politicians succumb to.

The voters need to gather and decide their choice based on what the need of the country is and that thought must remain foremost on people’s mind as well as considering the pluses and minuses of voting for people who have a bleak history of governance, who have no history of governance and those who are susceptible to becoming ‘yes men/women’ for those hoping to manipulate Sri Lanka from foreign climes.

It is good for the people to now itself start thinking their choice. What people must take stock of is that after independence in 1948, becoming a republic in 1972 Sri Lanka enjoyed only a handful of years true independence and thereafter the country was faced with internal conflicts, insurgencies ending up with terrorism suffered for 30 years causing colossal deaths, damage to property, generations in debt, war widows, orphaned children, injured and disabled soldiers and civilians and even scores of brainwashed Tamils falling prey to LTTE lies today suffering and being victims themselves. That terror was defeated against much odds and against forces that comprised our own people who merited from the prevalence of terrorism and wished to have its continuity for their own personal gains. Some key people deserve our eternal gratitude alongside long lists of unsung heroes who are both dead and living.

That hard won peace cannot and should not be bargained, compromised or be allowed to be held to ransom by people who in our doubts may have succumbed to money and perks promised for their change in stance. Whatever party they belong to, the people must identify politicians who are vulnerable to handouts and deny them the chance to ruin our country by rejecting them through our vote. The voters have more power than they fathom.

Money can be thrown and politicians can be bought but it is the voters that eventually decide and that makes the voter the key differentiators and the kingpin.

Home » To what extent does money and perks play in the decisions of politicians?