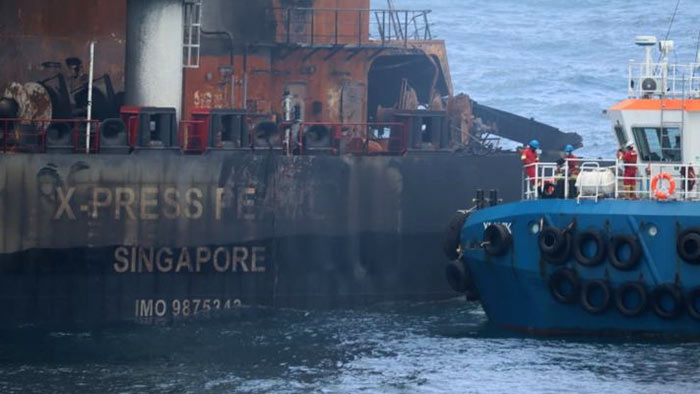 President Gotabaya Rajapaksa has ordered the wrecked X-Press Peral container ship to be towed into deep seas off the coast of Colombo.

A special meeting was held at the Presidential Secretariat yesterday over the developments of the ship.

Minister of Ports and Shipping Rohitha Abeygunawardena revealed details of the vessels route from the UAE on the 9th of May to its arrival near the Port of Colombo on the 19th of May.

Representatives from a number of fields, including shipping and environmental, highlighted that the vessel is at risk of sinking and suggested to tow the vessel to deep seas to minimize possible damages to the marine environment.

Accordingly, the President issued directives to tow the vessel into deep seas based on powers vested with the Chairman of the Marine Environment Protection Authority and based on technical facts as well as the advice of the Attorney General.

The President said decisions should be based solely on technical facts and not politics.