UPFA allies to join May Day Rally in Galle 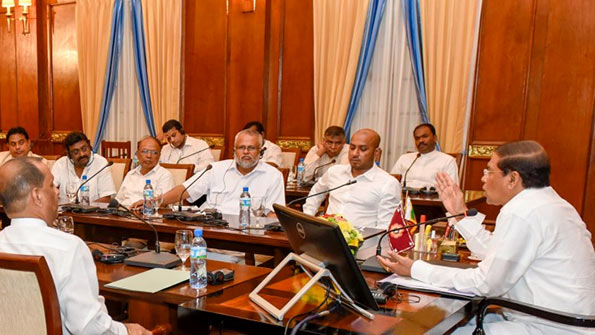 The Sri Lanka Freedom Party (SLFP) and the United People’s Freedom Alliance (UPFA) have expressed their willingness to join the UPFA May Day Rally.

Mr. Douglas Dewananda from Elam People’s Democratic Party, Mr. Arumugam Thondaman from Ceylon workers Congress and Mr. Prabha Ganeshan from Democratic People’s Front had a discussion with President Maithripala Sirisena on this regard yesterday (April 27) at the Presidential Secretariat.

The party representatives expressed their utmost willingness to work for the success of the May Day Rally and for the future progress of the United People’s freedom Alliance.

Speaking at the discussion, Mr. Douglas Dewananda said that the program of the new government has won the trust of the people in the North.

Home » UPFA allies to join May Day Rally in Galle