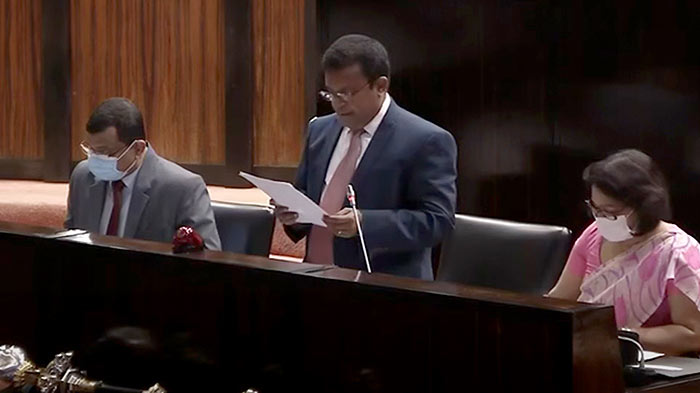 The letter of resignation submitted by Gotabaya Rajapaksa to the Speaker was also read out in the House by the Secretary General of Parliament Dhammika Dassanayake.

The parliament met at 10.00 AM today (July 16) under the provisions of the Presidential Elections (Special Provisions) Act, No. 02 of 1981, after former President Gotabaya Rajapaksa vacated the office effective from the 14th of July.

Accordingly, the nominations will be accepted on July 19, after the parliament convenes at 10:00 AM, the Secretary General announced further.

He also said if more than one candidate has submitted nominations, a vote would be taken in Parliament on July 20 to elect the President.