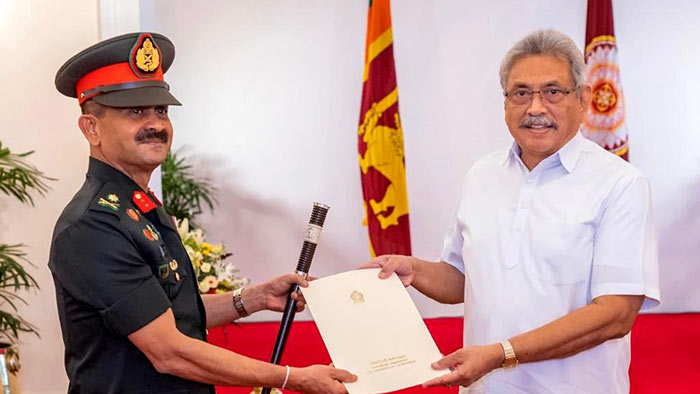 Major General Vikum Liyanage has been appointed as the new 24th Commander of the Sri Lanka Army by President Gotabaya Rajapaksa today (May 31).

He will be promoted to the rank of Lieutenant General and will assume duties in his new post tomorrow (June 01), he has received the letter of appointment from the President.

He succeeds General Shavendra Silva who served as the Commander of the Army for nearly three years.

Meanwhile, General Shavendra Silva has also received the letter of appointment as the new Chief of Defence Staff (CDS) from the President Gotabaya Rajapaksa.

Both appointments of Vikum Liyanage and Shavendra Silva will be effective from tomorrow (June 01). 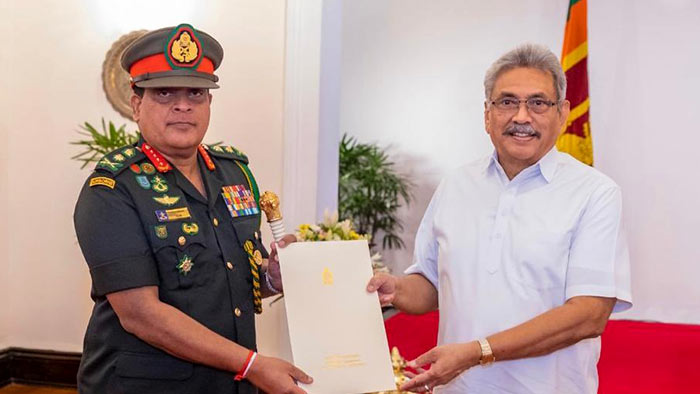 Shavendra Silva appointed as the new Chief of Defence Staff in Sri Lanka.