We all signed one resignation letter – Haleem 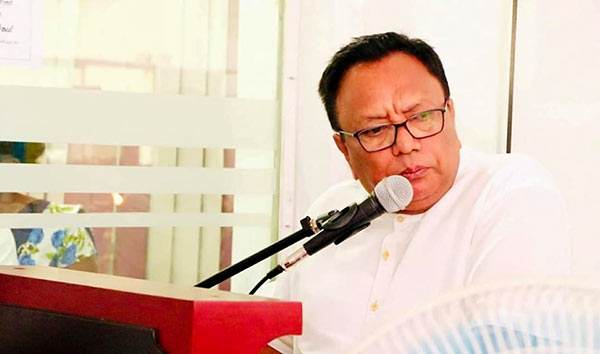 Former Minister Parliamentarian MHM Haleem says all Muslim Ministers representing the government signed one letter informing the President of their decision to resign of Ministerial portfolios.

Social media reports stated that the President had not been officially informed via a letter of the Ministers decision to resign.

MP Kabir Hashim yesterday handed over his letter of resignation from his post as Minister to the Office of the Prime Minister and the Presidential Secretariat.

All Muslim Ministers of the government announced their decision to step down from their posts on Monday at a media breifing, noting they decided to resign with the aim of supporting all Defence Forces to carry out investigations over the Easter Sunday attacks expeditiously and transparently.

MP Rauff Hakeem addressing the breifing expressed their disappointment in the government over the failure to ensure the safety of the Muslim community in the aftermath of the Easter attacks.

4 Responses to We all signed one resignation letter – Haleem

Home » We all signed one resignation letter – Haleem