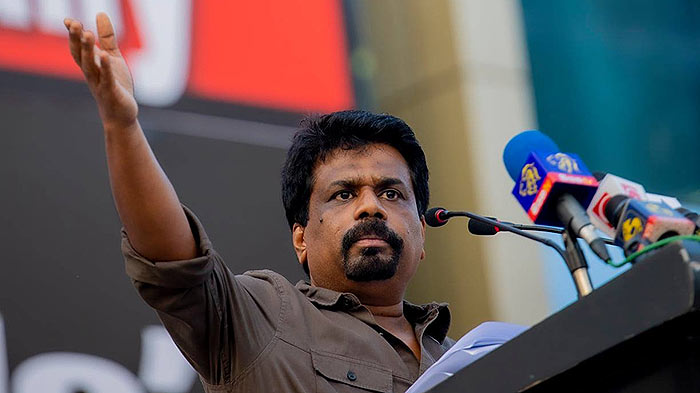 The JVP has challenged the Presidential Commission of Inquiry into Political Victimization to be brought before the public in order to table recommendations.

Party leader Parliamentarian Anura Kumara Dissanayake speaking at a protest at Hyde Park yesterday said the Commission has no ethical right to summon Members of Parliament adding the gazette appointing the Commission was issued in January while their term was completed in 11 months in November last year claiming they didn’t work 100 days during that period when taking into account lockdowns, holidays and weekends.

He charged the Commission of solving 150 cases including those that were being heard before Courts.

MP Dissanayake added one of the two recommendations by the Commission, that has cited him and several others, is the appointment of a special fast-track Presidential Commission.

He claimed such a Commission can only snatch one’s civic rights for seven years.

MP Dissanayake stated efforts to illegally violate this right will be defeated.