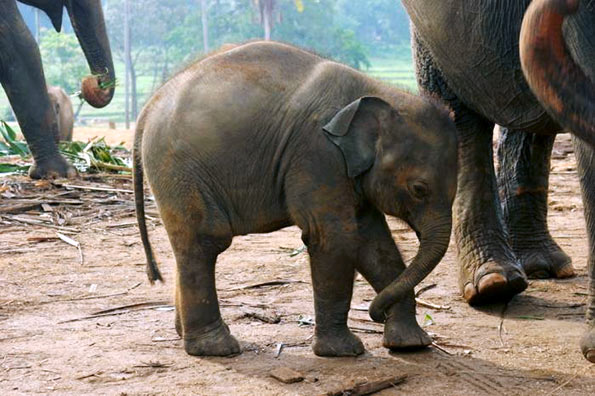 The CID has been instructed by a high ranking official of the government, not to take into custody the elephant calves that are being kept illegally at the Colombo Gangaramaya Temple and the Kataragama Temple.

Based on the information provided by the CID to court after investigations, the court had granted permission to the CID to take into custody the 15 illegally kept baby elephants.

However, while 13 such illegally kept baby elephants have already been taken over by the CID, the remaining two elephants are kept at the above mentioned two temples. Meanwhile the powerful government official had instructed the Wildlife authority officers to look into the possibility of drafting legal papers for the two baby elephants kept at the two temples.

When The Sunday Leader contacted the CID regarding the incident, a high ranking CID officer denied these charges and said that in certain instances, there were delays in confiscating these illegally kept baby elephants.

The media had on many instances highlighted the fact that the two baby elephants being kept at the Colombo Gangaramaya Temple and the Kataragama Temple were being kept illegally without proper documentation.

2 Responses to CID Instructed Not To Seize Temple Jumbos