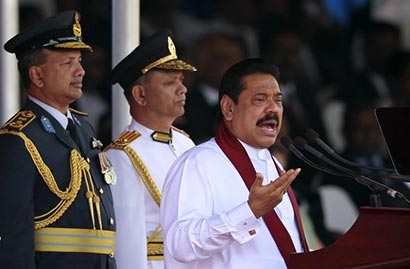 President Mahinda Rajapaksa yesterday reiterated that the Parliamentary Select Committee (PSC) was the best forum to resolve the national question and called upon all parties to participate in the PSC rather than relying on imported solutions and foreign influences.

He was addressing the nation at the 64th Independence Day commemoration in Anuradhapura. President Rajapaksa said that the challenges facing the nation could only be faced by the formulation of policies based on a vision commonly applicable to the whole country.

The President said that the Government was engaged in creating stable peace and national unity after liberating the country from terrorism three years ago. “During the three years after gaining freedom from terrorism we have used that freedom to give the motherland immense value – much more than that given during the half century since independence in 1948. Freedom is an immense responsibility for us today.”

The President cautioned against conspiracies and propaganda of terrorists based overseas aimed at destabilising the motherland. “They hope to achieve in Sri Lanka certain results similar to those in some other countries. The fuel for this struggle in Sri Lanka comes from separatism which is active in foreign lands.”

He told the nation that the country would not benefit by trying to please selfish groups who receive foreign funds.

Similarly, solutions cannot be obtained by implementing the proposals of extremist groups of whatever persuasion.

The Lessons Learnt and Reconciliation Commission has said that all are responsible for this problem.

All those who act according to their conscience should pay heed to this statement.

Therefore, we have already started implementing what was in the Commission report, he said.

The President said, “We would be able to exist as an independent, sovereign state only if we strengthen our economy”.

“We have still a long way to go. We have to show people in rural areas who comprise 80 percent of our population the results of giant development works we have initiated.

It is not only an expectation but also a challenge which we are ready to take up.”

He said the country faced the food and economic crises well thanks to the far-reaching policies of the Government.

“Thanks to the Gama Neguma, Divi Neguma and the immense revival of agriculture we face the world food crisis very well.

It is important to understand the problems we face due to the rise in oil and gas prices.

It is important to be aware of the reality. In the face of all these we should be prepared to demonstrate our strength and courage to the world.”

The President said the Government was committed to parliamentary democracy as well as to the country’s law, independence of the judiciary and good governance.

We are committed to defend the right to make and break governments through universal suffrage.

These values are firmly entrenched in the Mahinda Chinthana, he said. 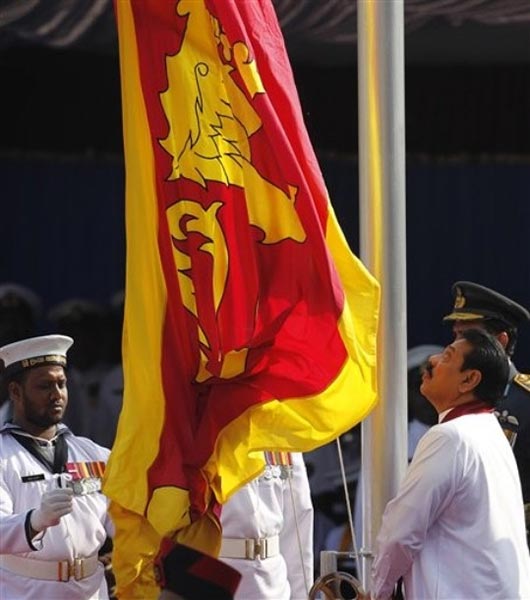