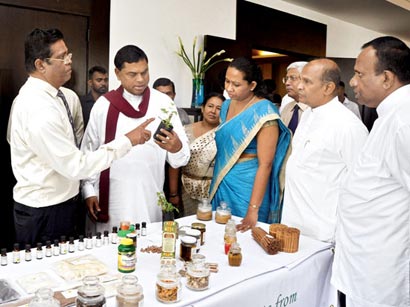 Government investment for minor export crops has increased up to six percent. This was three percent in 2004. The government plans to increase it up to eight percent within two years, said Economic Development Minister Basil Rajapaksa participating as chief guest at the inauguration of the Entrepreneurship Development Workshop 2011 in Colombo yesterday.

The quality of the product is very much essential than the amount what we export. Foreign countries always add new to the quality of products. The government has taken measures to introduce new technology for people engaged in minor export crop production and manufacturing. Machinery is also provided for them at a subsidized price to produce value added products, said the minister.

Participating on the occasion, Technology and Research Minister Pavithra Wanniarachchi said that economy and the living standards of all people who engage in the minor export crop sector from cultivator to manufacturer has increased due to the government’s development activities.