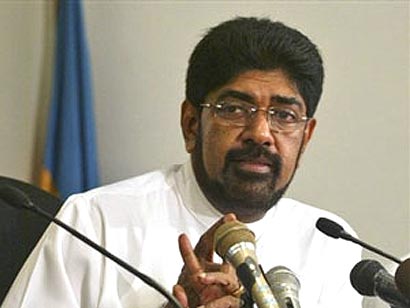 The withdrawal of the General System of Preference Plus (GSP+) facility by the European Union has not led to the closure of a single factory in Sri Lanka or retrenchment any factory worker, Economic Development Deputy Minister LakshmanYapa Abeywardena said.

It is also confirmed by the existing job opportunities for over 7,400 in the Board of Investment approved garment factories, he added. He was addressing the media at the Information Department Auditorium yesterday to explain the progress of investment promotion and tourism. It is true that certain factories are being closed due to other reasons such as high wages rates, sound labour laws and management disputes other than deprivation of GSP+ facilities, the Deputy Minister said.

Abeywardena denied that the withdrawal of GSP + has resulted in the closure of factories in the garment and apparel sector despite a couple of negative reports harming the country’s image. He said that the Government will not bow down to any condition imposed by the EU to tarnish country identity at any level. Abeywardena said that more than 70 percent of local apparel products are imported to the USA.

“It is unfair to say that only our country will suffer from the withdrawal of GSP+”, He said

“It will also affect adversely the people who bought our products who have to pay were now,” he added. The Deputy Minister said the Government will continue negotiations with the EU to regain the withdrawn facility while improving the quality of Sri Lanka garment and apparel products to win the world market including even the EU countries.

Responding to questions from the Media, Deputy Minister Abeywardena said the withdrawal of GSP+ is not relevant to the export of Sri Lankan products to EU countries.