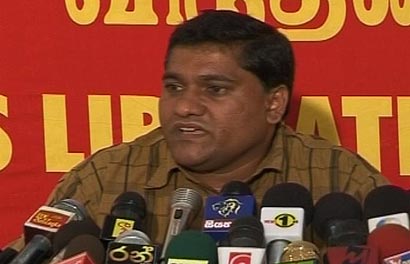 Ten months have gone by since General Sarath Fonseka was imprisoned and the Democratic National Alliance has called on the government to stop its anti democratic acts and suppression of people.

“At a time when it has been ten months since the imprisonment of General Sarath Fonseka, we urge the government and the authorities once again to stop the anti democratic suppression of the people.

“Fundamental human rights are being blatantly violated. It has come to a point where instead of building a free, democratic environment, state terrorism is being exercised once again,” said Vijitha Herath.

“There are nine cases filed against my husband General Sarath Fonseka. These cases have been concocted just like the various stories that have been made up.

“I have always said that I would not ask for an apology on behalf of my husband. However, I hope that justice will be meted out to my husband,” said Mrs. Anoma Fonseka.