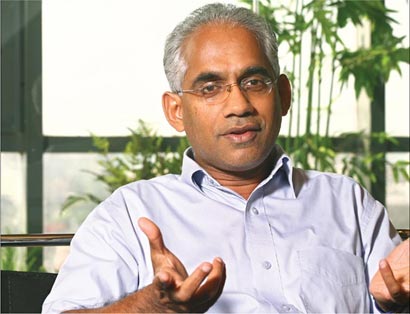 Most of the pledges in the 100 Day programme of President Maithripla Sirisena’s Presidential Election Manifesto is being fulfilled while the most crucial one to reduce the powers of the Executive President is in progress, said Highways and Investment Promotion Deputy Minister Eran Wickramaratne.

Speaking to the ‘Daily News’ he said that most of the people have forgotten the fact that the 100 Day programme is a pledge of common candidate Maithripala Sirisena’s Manifesto to which the the majority of the people gave their mandate. ” We would like to remind certain political parties and others who deliberately forget this “.

The Deputy Minister also said that the 100 Day program is not a new concept. This concept is seen all over the world to show the changing development scene . The same was applied in Sri Lanka to emphasize to the people of the manner that the presidential candidate Sirisena would show this change change . “We as the UNP went from door to door to bring about the initiation for the change by electing Maithripala Sirisena as the President”.

There are additional measures to reduce the powers of the President and transfer them to Parliament.

He also said that the under the 100 Day program, they also promised to change the electoral system and when the motion is moved as the 20th Amendment to the constitution, they would support it.

The Deputy Minister also said that another promise made to the people under the 100 Day program was to make the judiciary independent. We had to make that promise as the previous Chief Justice had been removed in an illegal way. However the corrective measures were taken and the most senior person in the judiciary appointed as the Chief Justice of the country.

“To appoint the most senior person to the highest rank is the tradition practiced in the judiciary and the forces in almost all over the world. We have brought that tradition back”.

Wickramaratne further stated that they also promised to bring the Right to Information Bill and it is in the pipeline. He also added that it was promised to move the National Audit Bill. It will also be moved in the future. He added that all these have to be moved in haste and such moves cannot be taken as an excuse to delay other matters.