NICs to be renewed every 10 years 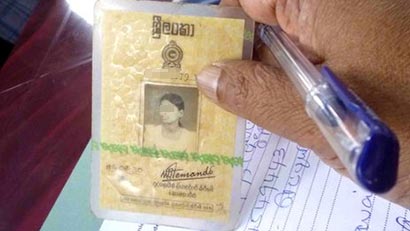 The Department of Registration of Persons will make it compulsory for every adult to renew his or her national identity card every ten years to prevent misuse and facilitate easier identification, a senior official said.

Department of Registration of Persons Commissioner General R.M.S. Sarath Kumara said the department would be able to issue an electronic NIC on par with international standards containing the biometric data of the card holder.

“It is a well-known that facial appearance of a person changes as time goes on. Therefore, it is necessary to issue a new NIC every ten years. Most developed countries do not confront this problem as they issue electronic NICs with bio-metric technology which does not change with time.  What we are trying to do is to renew NICs every ten years until we issue an electronic NIC for each and every Sri Lankan,” Mr. Kumara stressed.

Mr. Kumara said the department issued about one million NICs annually and had so far issued nearly 70 million NICs.

He said some Sri Lankans still have the NIC issued in 1972 and the picture cannot be identified even by close family members and when the picture did not tally with the current appearance of the card holder, the NIC becomes useless. It can also be used by unscrupulous people for illegal activities thus putting the card holder at risk. Therefore, the renewal of the NIC every ten years was extremely important.

Home » NICs to be renewed every 10 years