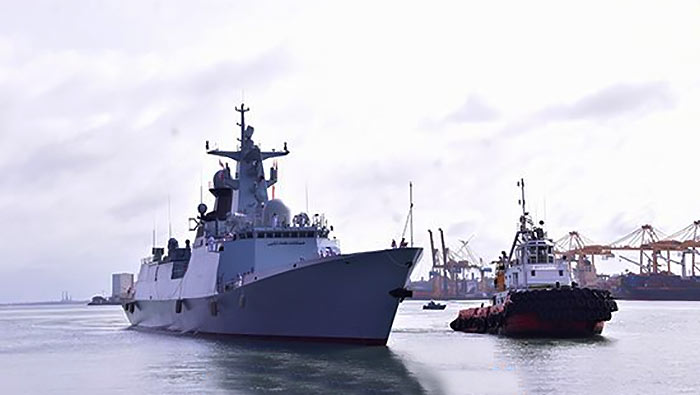 Pakistan Navy Ship (PNS) Taimur arrived at the port of Colombo, Sri Lanka on a formal visit this morning (August 12).

The visiting ship was welcomed by the Sri Lanka Navy in compliance with naval traditions.

The 134m-long ship is commanded by Captain M Yasir Tahir and it is manned by 169 as the ship’s complement.

In the meantime, the Commanding Officer of PNS Taimur is scheduled to call on Commander Western Naval Area at the Western Naval Command Headquarters today.

The ship is expected to remain in the island until 15th August and the crew of the ship will take part in several programmes organised by the Sri Lanka Navy to promote cooperation and goodwill between two navies.

Further, PNS Taimur is expected to conduct a naval exercise with the Sri Lanka Navy in western seas on its departure on 15th August.

Meanwhile, PNS Tughril, an identical warship belonging to the Pakistan Navy, arrived in Sri Lanka on an official visit on 13th December 2021 and conducted a successful naval exercise with SLNS Sindurala off the western coast on 16th December.

Naval exercises of this nature with regional navies will enable each partner to overcome common maritime challenges in the future, through enhanced cooperation, Sri Lanka Navy said.