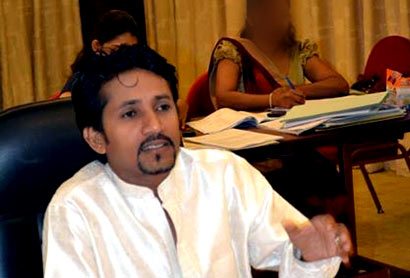 Chairman of the Kotikawatte – Mulleriyawa Pradeshiya Sabha Prasanna Solangaarachchi stated that he will be rendering his support to the Common Opposition Candidate, Maithripala Sirisena.

Solangaarachchi made these revelations at a press conference currently underway at Kotikawatte.

He went on to state that he will not be joining the United National Party and pointed out that he will render his support to the Common Candidate under the SLFP ticket.