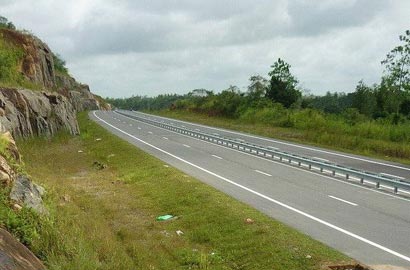 Religious dignitaries, ministers, deputy ministers, ambassadors and high commissioners will participate in the opening ceremony. The public will be educated on how to use the expressway over the media from November 14. A leaflet with guidelines and information will be given to vehicles entering the highway. A Pirith chanting ceremony will be held at Queens House on November 16 and 17.

The minimum toll fee will be Rs. 100. The toll for the full distance will be Rs 400 for a car. The return toll will be the same. The Gateway to Wonder starts from Makumbura, Kottawa and ends at Pinnaduwa in Galle. It allows speeds of up to 100 kilometres per hour.

It will cut down travelling time between Galle and Colombo, the sources added.

6 Responses to President opens ‘Gateway to wonder’ on November 27