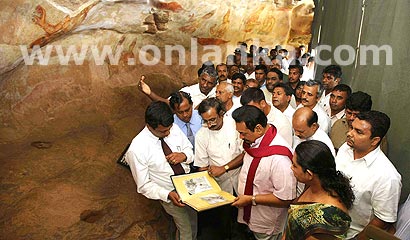 After the revelation of the current state of the frescoes, President Mahinda Rajapaksa engaged in an inspection tour in Sigiriya heritage site to see himself the frescoes this morning on 23rd August. He was accompanied by Pavithra Wanniarachchi, Minister of National Heritage and Cultural Affairs, Lalith Weeratunga, Secretary to the President, Wimal Rupasinghe, Secretary to the Cultural Ministry along with several other officials of the Department of Archeology.

The officials were advised by the President to look into the matter seriously which is facing a new threat, a risk of being dis-coloured. He further appealed the assistance of veteran artists and other professionals be sought to preserve the world famous Sigiriya frescoes. The Sigiriya rock of fortress was built during the reign of King Kassapa I in 477- 495 AD. 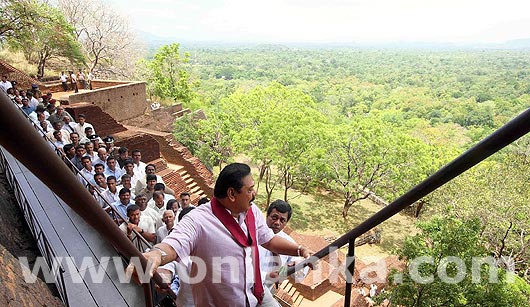 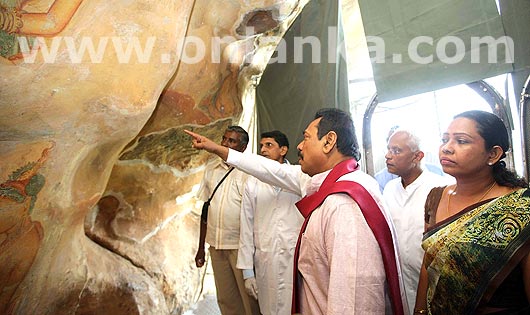