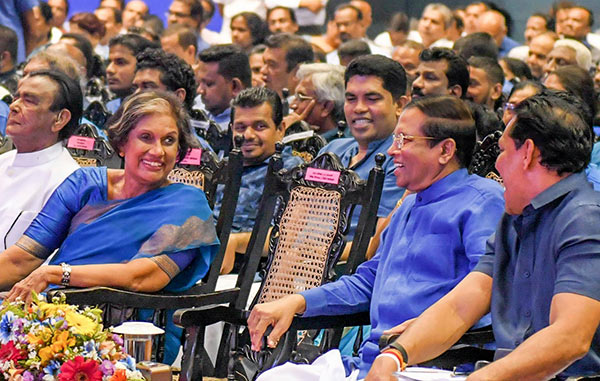 President Maithripala Sirisena said that a new path for development should be selected and the people should try and understand which political structure possesses such a vision. He said that the Sri Lanka Freedom Party (SLFP) should form a political movement free of corruption, malpractices and unethical political practices.

He pointed out that the entire political system has become corrupt, dishonest and immoral. Our responsibility is to build a political force which is pure, uncorrupt , people oriented and ethical to oust the current governance of the corrupt, elitist and anti-people groups.

Patriotism is the last salvage of the political scoundrel as evident from the actions of some politicians,he said, and urged the people to proper study to understand who is the political leader suitable to lead the country.

The President said that the SLFP should be strengthened to defeat the evil forces. “We will mobilize a people’s movement. We will make the 2020 government adhering to SLFP policies  . Be prepared to show our strength. ‘Let us built the party and mobilize a new force within the next few months,’ he said.

President Sirisena explained the problems he had to face within the government. “I fought within the government prevent corruption, robberies and malpractices and to safeguard the interests of the people.Bank robbers and the corrupt should leave politics. All the documents are ready for the  extradition of Arjuna Mahendran. Documents are also ready to punish the leaders responsible for the bank scam,” he said.

The President said it is unfortunate that the Provincial Councils have become ineffective. “Prime Minister Ranil Wickremesinghe is the key respondent for preventing Provincial Council polls from being held,” he said and pointed out that the Prime Minister failed to present the Review Committee Report for reactivation of the PCS after the Bill was defeated in Parliament.

The President said that the government and opposition leaders hold discussions with the Northern leader purely to get their votes. “But nobody has a genuine plan. They are only thinking about the number of votes in the North of the country. It’s a tragedy.”

President Sirisena said that we should achieve a balanced development and the development process must sustainable and an efficient.  He also said that the country must move towards a green economy and the success of countries with emerging economies based on the smart technology.

‘Even though whatever allegations were levelled against for the past five years of my tenure, I was committed to building a corrupt free country as well as attempted to ensure democracy’ the President said that adding the neo-liberalism concept is not suitable for our country. “During my tenure, I was able to ensure maximum freedom and democracy in the country. As I said earlier not a single civilian was targeted by the guns of State apparatus. I am proud to state that no media institute or a house was burnt down, no journalists were threatened,” he said.

“We should create a country where every community can live in peace and harmony without any fear of intimidation. It is the duty of the citizen to build a strong force against corruption. The Democracy in this country prevailed due to people’s resistance,” said the President and added, “We must gather ourselves to build a broad national movement based on our indigenous values.” 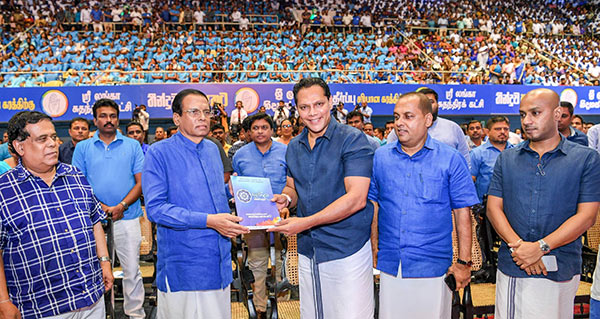 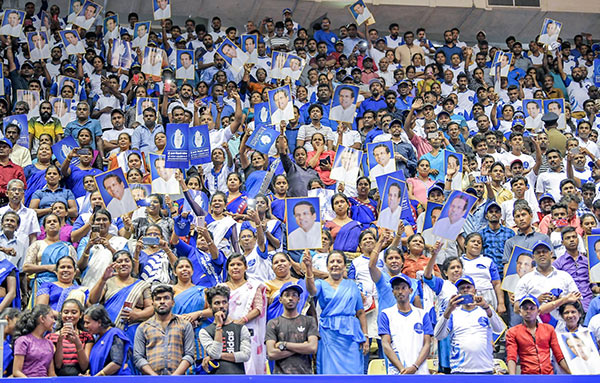