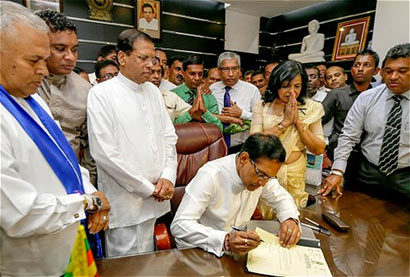 Dr. Senaratne said that immediately after Maithripala Sirisena had won the presidential election, the latter had asked him whether he was willing to be the Health Minister. The President had promised to be present at the Health Ministry on the day of the new minister assuming duties.

He had never heard nor expected President of the country to do so.

Some reforms in human resource management, procurement of drugs and medical equipment and tender procedure would be introduced in due course, the new minister said. Corruption, malpractices and irregularities would also be eliminated from the Ministry in the near future, he added.