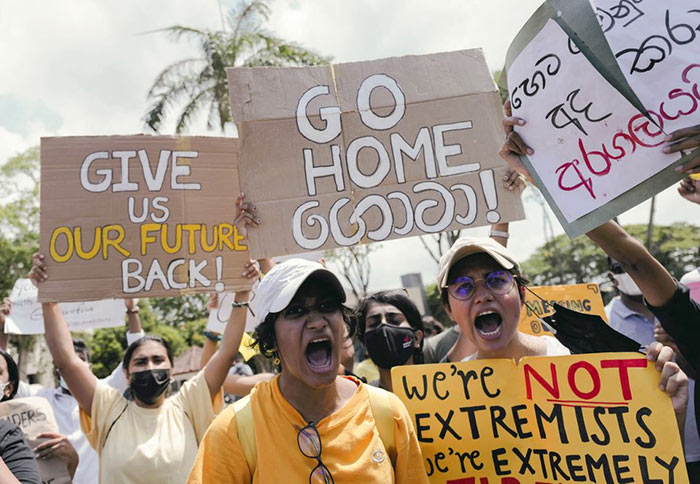 At least 41 Sri Lankan lawmakers walked out of the ruling coalition on Tuesday, leaving the government of President Gotabaya Rajapaksa in a minority in parliament as it struggles with the country’s worst economic crisis in decades.

In another setback for the administration, Finance Minister Ali Sabry resigned a day after his appointment and ahead of crucial talks scheduled with the International Monetary Fund for a loan programme.

Rajapaksa dissolved his cabinet on Monday and sought to form a unity government as public unrest surged over the ruling family’s handling of the debt-heavy economy that has led to shortages of food, fuel and medicines and prolonged power cuts. 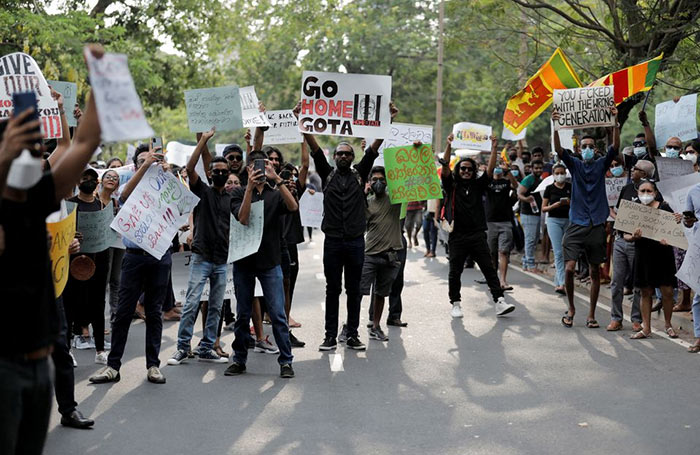 Possible next steps could be the appointment of a new prime minister replacing the president’s elder brother, Mahinda Rajapaksa, or snap parliamentary elections much ahead of a scheduled vote in 2025.

There was no immediate indication what was being planned.

Sabry said in his resignation letter he believed he had “acted in the best interests of the country”.

“At this crucial juncture the country needs stability to weather the current financial crisis and difficulties,” he said in the letter seen by Reuters.

Street demonstrations against the shortages, triggered by a lack of foreign exchange for imports, began last month but have intensified in recent days, leading to clashes between protesters and police in some instances.

Names of the 41 lawmakers to leave the coalition were announced by party leaders in parliament.

They have now become independent members, leaving Rajapaksa’s government with fewer than the 113 members needed to maintain a majority in the 225-member house.

There has been no vote count yet, although Rajapaksa’s minority government could find decision-making more challenging. Independent parliamentarians, however, could continue to support government proposals in the house.

“There are endless shortages of essentials including fuel and cooking gas. Hospitals are on the verge of closing because there are no medicines,” Maithripala Sirisena, leader of the Sri Lanka Freedom Party that withdrew its support for Rajapaksa’s coalition, told parliament.

“At such a time our party is on the side of the people.” 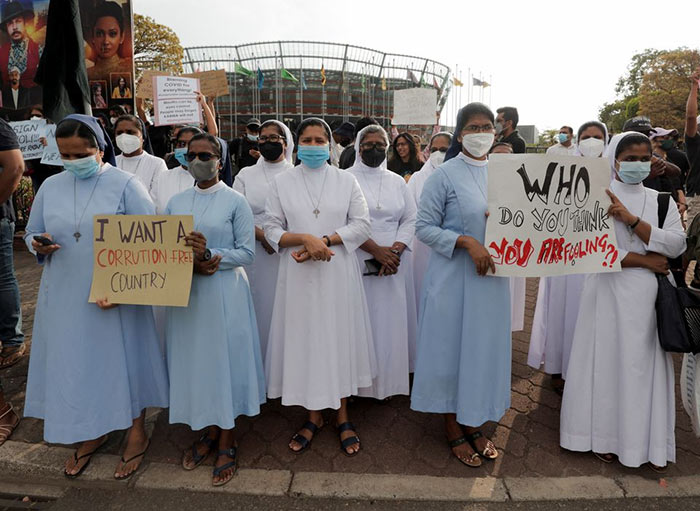 The Colombo Stock Exchange’s All-Share Index (CSE) jumped about 6% as lawmakers made their positions clear inside parliament.

Sirisena, together with other lawmakers, called on the president and the prime minister to present a clear plan to find a resolution for Sri Lanka’s financial mess.

But opposition parties – reflecting the mood of a wave of protests sweeping the country of 22 million people – urged the two brothers to step down. A third brother, Basil Rajapaksa, quit as finance minister on Sunday.

The opposition parties have also rejected the move to form a unity government comprising all parties represented in parliament.

“There should not be a voice that is contrary to the voice on the streets. And the voice is that there should be change,” said Sajith Premadasa, leader of the Samagi Jana Balawegaya, Sri Lanka’s main opposition alliance.

“What the people want is for this president and the entire government to step down.” 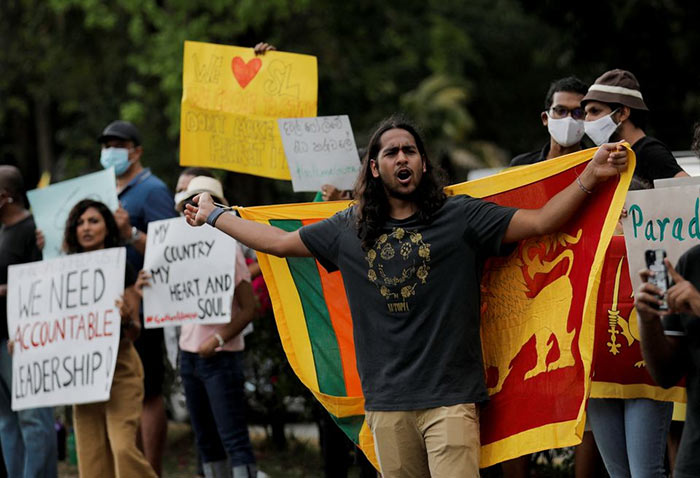 A small group of people protested near parliament, as police stood guard with tear gas and water cannons.

“If the government loses its majority, you could see the opposition bringing in a vote of no confidence but there is parliamentary procedure that goes around it first and is unlikely to happen immediately,” said lawyer Luwie Niranjan Ganeshanathan, who specialises in constitutional issues.

If a vote of no confidence is adopted, then the president can appoint a new prime minister, he said.

The opposition can also table a resolution to dissolve parliament and call for snap elections, Ganeshanathan added.