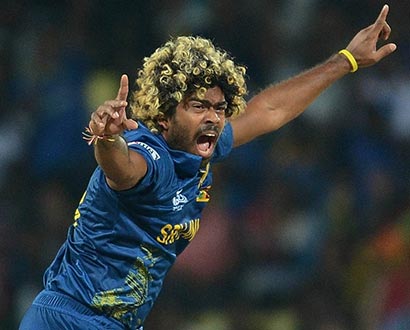 Sri Lanka have depended heavily on Malinga in their recent major-tournament fortunes. But Mathews suggested they have other match winners in their attack too.

“You can’t write off the rest of the bowlers that we have,” Mathews was quoted as saying by espncricinfo. com.

“We’ve got fairly experienced bowlers, but Lasith is the X-factor. It’s just that in a one-off game, the others can also come into the party.

We all expect Lasith to do well but I’m pretty sure with the amount of talent that we’ve got in the side, anyone can do the job for us.”

Veteran batsman Mahela Jayawardene also echoed his captain’s point of view, but added that Malinga is the spark that the bowling unit requires.

“The others will feed off him,” Jayawardene said.

“Because of his experience, his presence will give us that extra 10 percent to win the matches we had been losing. We’re a small nation, so it’s important we get everyone on the park.”

Sri Lanka’s preparation for the World Cup was dampened by a 2-4 loss to New Zealand in a seven-match One-Day International (ODI) series recently.

Mathews demanded more consistency in all departments from his team but was unperturbed by the lowered expectations.

“We’re happy to walk into the World Cup as underdogs. No one really expects us to win.”

They begin their Cup campaign in the opening match of the tournament against New Zealand at Christchurch Feb 14.