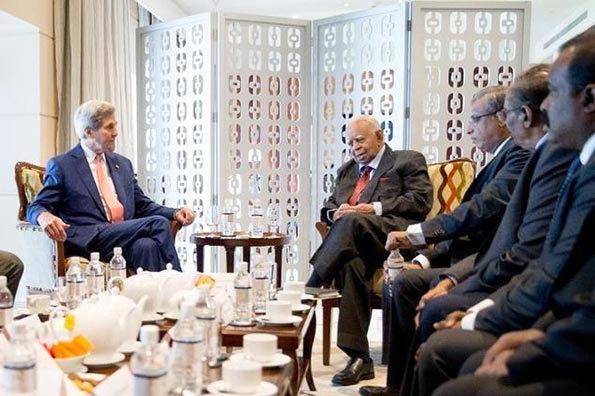 “Kerry said he will do his best to help us in resolving the outstanding issues. He said the U.S. will take up these issues with the hierarchy of the government,” Premachandran said.

Kerry met a TNA delegation, which included its leader R. Sampanthan for a 30-minute meeting in Colombo yesterday.

According to Premachndran, Kerry had also agreed that it was important to release the Security Forces’ occupied lands in the conflict affected areas to their original owners.

Kerry had said the new government has already taken some positive measures to solve outstanding issues and added however the U.S. will keep a close eye on future developments. With regard to missing persons and alleged war crimes, Kerry had said the U.S. will keep pushing for justice and accountability. Premachandran said Kerry had also promised to take up the issue of political prisoners with government leaders.

Kerry had reiterated that the U.S. will do its best to support Sri Lanka to achieve true reconciliation and a long standing political solution to the national question.

The U.S. Secretary of State’s visit to the country ended yesterday.