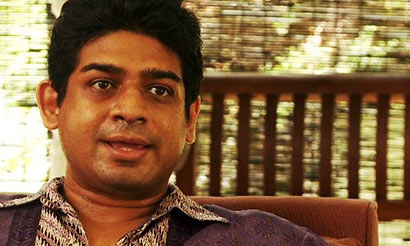 In this interview, Gampaha district SLFP parliamentarian Wasantha Senanayake who recently crossed over to the opposition speaks to C.A.Chandraprema about the prospects of the common opposition candidate at the forthcoming presidential election.

Q. How did a member of the Senanayake family end up starting his political career in the SLFP?

A. At that time, I didn’t think the UNP’s ideas about the war and a unified Sri Lanka were quite appropriate. I thought what I found was a better solution under president Kumaratunga’s leadership and I joined the SLFP.

Q. You said you had issues about the UNP’s policy on the war. In your view, is the UNP different now to what it was at that time?

A. Well, the question of the war does not exist anymore. And I think that the UNP is now different in the sense that it is a lot more broad based and we have lot of different opinions inside the party.

Q. Would you find it easy to work with Ranil?

A. I think Ranil as a politician has matured considerably. People talk of his successive defeats. But I think with his successive defeats, he has matured tremendously as a politician and perhaps those defeats were good because now I think he will make a reasonably good leader for this country. To be defeated also matures a person as was the case with his uncle J.R.Jayewardene.

Q. You may note that Ranil began to lose very badly only after Mahinda Rajapaksa came into power. But when Chandrika Kumaratunga was in power he managed to defeat her in just seven years. And significantly, in 2001, Chandrika was defeated at parliamentary elections while she was still the all powerful executive president. Then again in 2005 he came within a whisker of winning. But after 2005 you find that he is nowhere near to being able to defeat the present government. How would you explain that?

A. Why Ranil Wickremesinghe was able to topple the government of Kumaratunga was because parliament was at that time held by a whisker and he was able to upset the applecart. It was President Rajapaksa who won by a whisker in 2005. But during that term in office the war was won, and with that everything was turned topsy turvy. A lot of UNPers whom I have known to be UNP throughout their lives were telling me, we have to vote for President Rajapaksa as a mark of gratitude. I think that element has now worn off with the more pressing situations we are faced with today, the cost of living, the power that has been centralised within one family, the undermining of the judiciary, the politicisation of the police, the silencing of journalists like Lasatha Wickrematunga, the burning of Sirasa, and so many other factors that have now come to the fore. Winston Churchill is credited mostly with the victory during World War II. But at the subsequent general election, he lost. In 1948, D.S.Senanayke brought freedom to our country. But by 1956 people were not voting for the UNP anymore. So times change. But in history, we must have a special place for president Rajapksa for what he did during the war.

Q. Do you see Mathireepala Sirisena as a better candidate than Ranil Wickremesinghe to challenge Mahinda Rajapksa?

A. A better candidate in the sense that he will appeal to a wider section of people. The JVP would have found it impossible to work for Ranil Wickremesinghe. But they are able to at least indirectly work for Maithreepala Sirisena. We don’t know whether the JHU would have crossed over or not. (if RW was the candidate) The northern Tamils and the Tamils throughout the country will be able to vote for a new person. They may not vote for people they have seen in the past. I think there are elements outside the UNP who may contribute to a Maithreepala victory who may not have been present if the candidate was Ranil Wickremesinghe.

Q. In 2010, everybody was thinking of the vote outside the UNP. Nobody was thinking about harnessing the entire UNP vote. General Fonseka lost so badly because he got a good proportion of the UNP vote but not all of it. That made all the difference. So how are we to know whether the same thing is not going to happen again?

A. Well, we’ll never know until the election is actually held, but I believe by observing the meetings I have attended throughout the country that there is great enthusiasm on the part of UNPers because I think they have been in opposition for such a long time that they now really want a change.

Q. Looking at all this from an outsider’s point of view, I think forming a little group outside the UNP especially with Chandrika Kumaratunga and a whole lot of outsiders, all insisting that they are not UNP is not really designed to make the average UNPer happy.

A. The UNP machinery is doing their campaign irrespective of all that. The group that has not joined the UNP and is independent, caters to other groups especially SLFPers who are disgruntled.

Q. How is it that more SLFPers did not break away from the government? They may be disgruntled, but unless they part company with the government that sentiment is useless.

A. I think about 12 have broken away up to now.

Q. Yes but some belong to different parties, Hunais Farook, P.Digambaram, V.Radhakrishnan, Rajiva Wijesinha all belong to other parties.

A. But they were all part of the coalition. It is this coalition that brought this government into power. As far as the SLFP is concerned, apart from Maithreepala Sirisena himself, there is M.K.D.S. Gunawardena, Rajitha Senaratne and myself from the SLFP. I also believe we will have a few more coming.

Q. Does it really matter who comes or who goes?

A. Yes and no. No it doesn’t matter if people with little credibility cross over. What matters is who comes and not the number of those crossing over, especially old SLFPers who have been in the party for a long time. MKDS, Maithreepala Sirisena and Duminda Dissanayake (because of his father) are names matter more than others including my own. I think Hirunika’s name matters quite a lot.

Q. In the event that Sirisena fails to make it, what’s plan B?

A. I am in a unique position because I was the first to cross over. At that point there was no common opposition so I had to go to Sirikotha. However I haven’t to date taken membership. Not that I have any objection to taking membership. It’s just that I want to work with the UNP and with SLFPers simultaneously.

Q. There is this suspicion that this is an attempt to use the UNP votes to hijack the government. If Maithreepala Sirisena comes in, he is beholden to this little group that has formed outside the UNP. Those are the people who are closest to him. If he wins with the UNP vote, this lot and the SLFPers who are already in parliament may rally around the winning candidate. Then the UNP would be out in the wilderness again.

Q. What is the role that Chandrika Kumaratunga is playing in this group that has formed outside the UNP?

A. I don’t think she aspires to be a parliamentarian. I think she will be happy if her suggestions are welcomed by the president and he gives her a hearing. I think she plans to play a more active role in SLFP politics.

Q. How would you judge Chandrika Kumaratunga as against Ranil in terms of leadership?

A. They have very different styles. Ranil Wickremesinghe is a more patient man who keeps his ideas to himself. Chandrika is outspoken and more aggressive than Ranil. She has more public appeal in terms of being able to go out and charm people instantly. Ranil is more of a planner, he plays a game of chess. So they have different styles. Some characteristics of Ranil Wickremesinghe are very advantageous in the political game some are not.

A. In some areas it did. For instance, the political culture of this country was much better. There was greater freedom for journalists and the judiciary was not under threat. Parliamentarians had a greater voice. But there was less visible development. And although she had some victories in the war, I don’t think she was close to bringing it to an end because she was more focused on a negotiated settlement. I think she took a while to realise that the LTTE was not an organisation that was going to negotiate. Mahinda Rajapaksa had a head start in that sense because he knew that peace negations will not get anywhere.